Talking money with clients, why is it so hard?

At CreativeMornings Sydney last week, Jason Little gave an inspiring talk on Failure. One of his key points was our failure to talk money. He said, “designers, we’re terrible with money, we undersell ourselves, we work for free”. Unfortunately, that statement is often all too true.

In order to be competitive and get the job, we lower our prices and sometimes even work for free. By doing this, we are basically telling the world that our time isn’t worth much, when in fact, time is our most valuable asset.

To avoid this, it’s important we understand just how much time it takes to complete a job. It’s very easy to dismiss an hour of our time in order to win a job, but what happens when that hour turns into 10 hours? That’s a lot of effort for no more money. The easy way to track time is by doing timesheets. Yes they’re tedious and boring, but they also show us just how much effort we put into completing a job. So when a similar job pops up again we have a very good idea of just how much of our time it will take to complete it and can quote accordingly.

When talking money with a client, it is also important to agree to get some form of payment up front. There’s nothing worse than delivering the goods and not getting paid for our time and effort. In other industries this is standard business practice and we shouldn’t be afraid to follow suit. Send an invoice before the job starts asking for a percentage up front and don’t start the work until payment has been received.

If you haven’t seen it already, check out the talk below by Mike Monteiro for CreativeMornings San Francisco. It’s titled F*ck You, Pay Me and it’s enlightening.

Of course there are times when working at reduced rates or for free is potentially mutually beneficial. If we’re working for a not for profit, then the work itself might be rewarding enough. Similarly, working for a particular client might allow us total creative freedom and could possibly score us an award or two. But these circumstances should be the exception to the rule.

Remember: don’t be afraid to charge for your time or request payment up front, and most importantly, don’t undersell yourself and the work that you do.

Photo by Ken Teegardin and used under Creative Commons license. 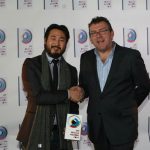