Streamtime – the company is nine years old this Sunday 10th July.  As I was going through my archives I came across an old internal memo that stopped me in my tracks – but more on that later – lets get sentimental first…
Streamtime started out with just two staff – Craig Forster (who many of our long serving clients will know) and myself.  Each week Craig and I would order in some proper coffee and have a little “staff meeting” to try and get our heads around what it was we were trying to achieve.  Streamtime was not always known as “Streamtime” – to start with it didn’t really have a proper name so we called it “print-assist” – for not much other reason than our first client was a printing company??!!  It then kind of evolved and we made up names like “Agency-Assist” and later “Streamline Agency”.  The product continued to mature and it became obvious that our real passion was to work with creative companies so we employed one to work on our name with us, very soon the name and logo for “Streamline” was born.  That’s right – it started out as “Streamline” and we spent a fortune marketing and promoting Streamline across New Zealand and Australia.  By 2007 we had re-located our head offices from Christchurch New Zealand to Sydney Australia and we were really starting to get noticed.

It was only in mid 2008 that we changed the name to Streamtime as we were entering the northern hemisphere and we wanted to avoid some IP issues with the name “Streamline”.  The logo remained the same as did our branding – just a subtle name change (it didn’t stop me from loosing countless hours of sleep mind you).
I’m not sure why I lost so much sleep because that same year Streamtime (company name at the time “Particle Systems Limited”) won the prestigious Deloitte’s Fast 50 award and was positioned New Zealand’s 8th Fastest Growing company.  Deloitte’s commented “Streamtime Software joined the list again this year, up from 26th in 2007 to an impressive Top Ten placing of 8th for 2008. Their growth, well over 400% is a stunning achievement in itself, let alone the other awards they received. In times of economic slowdown, it is even more significant to see this kind of growth.” 2008 was another significant year for Streamtime – it’s the year we opened our doors to the United Kingdom.  We partnered with Cordis Technologies (UK Software Developers) and put two of our own permanent staff into London.

This was a bold and risky move as the UK is spoilt for choice when it comes to business management software for creative’s and besides that the so called recession was starting to bite at everyone’s heals.  We were confident however that we had a product that was better, easier to use, less expensive and that our team were more passionate and knowledgeable than any of our competition.
Three years on from our entry into the UK and we are now the top selling solution of our kind in the UK and Australia (based on published figures by our competitors) and in a recent discussion hosted by the DBA we came out the “most recommended” of all the other solutions in the market – something we are very proud of.  We also have more staff up in the northern hemisphere now than anywhere else in the world.  Our latest addition an office in Ghent, Belgium now services the BENELUX region and we are beginning the process of translating our product into French and Dutch.  The important thing however is that our VISION for the product and company has never changed.  Back in 2006 the internal memo I found was headed up with a product aim to be “the best in show, the most user friendly, the most powerful and the most flexible”.  A couple of years ago I simplified this VISION to a few simple words and we maintain this today “ to be on the must have list of every creative company”.  We think this is a lofty goal, and we don’t think we’re there yet, but we will never lose sight of the goal and we will get there. 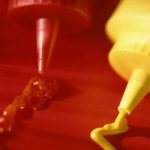 How to deal with employees freelancing in your studio. 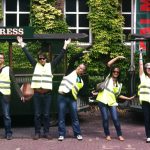 Being in business is not all beer and skittles 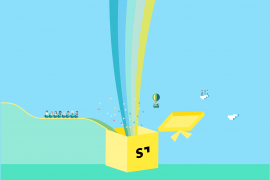 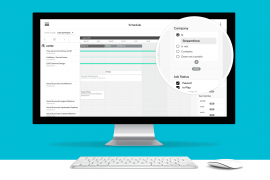 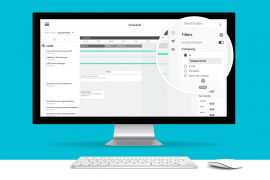