Sydney’s annual light, music and ideas festival, Vivid, has just begun. Each year the festival manages to go that extra mile further than the previous year, so to say that we are excited for what’s in store at Vivid 2017 would be an immense understatement.We’ve been mulling over the programme and filling in our schedules for the last few weeks in anticipation.

We thought it would be nice to share what we’re looking forward to, and what we think Streamtime users will love. Here are our picks.

Let’s start with the lights that we’re looking forward to seeing because let’s face it – Vivid is ultimately a light show.

Lighting of the Sails: Audio Creatures

First cab off the rank is the obvious one, but an absolute doozy.

The light show, which was created by creative groups Spinfex, Luxx and Never Sit Still, transports its subjects to a futuristic parallel universe filled with colourful and unfamiliar marine and plant life. These creatures, conjured from deep imagination, exist on the sails with a beautifully strange natural-mechanic aura about them, inviting us to consider our technologically-charged future.

Matched with that soundscape, it’s a real treat.

Again, the Museum of Contemporary Art is being used as a canvas for Vivid and in 2017 it is painted by a collaborative projection by Julia Gorman and Parisian creative collective, Danny Rose.

Organic Vibrations is a ten-minute piece through which artworks by the artists come both, together, and to life, through a flowing installation which was created with the assistance of projection-mapping techniques. Through the dynamism of the ever-shifting projection, the MCA can be identified as a developing entity, constantly changing, growing and adapting. A rhythmic soundscape transports the audience through the visual experience, leading them towards this obscurity.

Make a point of finding a nice patch of grass in front of the MCA you can lie down on, take ten minutes, and immerse yourself in this beauty.

Melbourne-based multidisciplinary artist Kit Webster’s contribution to Vivid 2017 comes in the form of AXIOM, “an edifice of light, sculpted from a matrix of more than 700,000 LEDs” in the artists’ own words. Webster is no stranger to Vivid audiences – his work has been featured on three previous occasions in 2013, 2014, and most recently in 2016.

His 2017 offering blurs the line between the virtual and the actual, causing the observer to reconsider their perceptions of both through a series of animations and lighting movements. Accompanied by a soundscape which provides a syncopated evolution to the visual adventure, AXIOM will provide a deep sensory experience as the observer first confronts it, prior to engaging it.

Landscape of the Mind

Landscape of the Mind stood out to us because of its unique purpose – to raise awareness and generate empathy for sufferers of mental illness. The sculptural piece that occupies a measure of the Circular Quay walkway was created in collaboration between mental health organisation Black Dog Institute and interactive lighting and design studio amigo & amigo, and offers visual representations of anxiety.

Using lighting to emulate bodily experiences, emotions and physical sensory responses to the condition, Landscape of the Mind goes beyond verbal descriptions of anxiety in order to establish strong connections with its audience.

It’s a pretty cool, and hopefully effective, way to send an important message, also providing sufferers with some level of consolation in knowing that they are not alone in their experience.

Vivid Ideas is a series of events which aim to gather like-minded people to inspire, teach and celebrate various areas of the creative world. These events are of all different sizes, costs, and range from talks, to workshops, to festivals. The one thing they all have in common is that they all sound great. We suggest you check out the ones below.

Let’s face it, there are two types of Streamtime users – those who are great at managing their time, and those who are slightly less great, but try to anyway. This event is for the latter group of people, the ones who have the best intentions but are caught up in bad habits and love to leave things to the last minute. It’ll set you back $45, but when you consider how much time that money is going to save you in the long run, it’s a no-brainer.

The workshop will be presented at Creative Plus Business in Darlinghurst by Monica Davidson who has a long history in creative businesses and has made a name for herself as a successful freelancer.

Pick up your ticket here, master your time management, and let this be reflected in Streamtime.

If you don’t recognise Shepard Fairey’s name instantly, we guarantee that you will recognise his art. Responsible for Obama’s HOPE campaign, and the OBEY GIANT project in phenomenology, Fairey has made a name for himself in contemporary street culture.

He will be speaking at Sydney Town Hall on June 17 about his DIY approach and his experience in turning creativity into an authentic voice about street culture. Tickets are $25, here.

Between June 12-17, he will also be painting what will be “one of the largest public art murals in the Sydney CBD,” according to Vivid, and will be holding an additional public exhibition in Darling Quarter from May 26 – June 17. Both of these won’t cost you more than a bit of time to check out.

The Good Design Festival will take place from Thursday 8 June – Sunday 11 June at the Overseas Passenger Terminal, Circular Quay. The Festival comprises of the 2017 Good Design Awards Ceremony, which kicks things off on the Thursday night, and the Good Design Showcase Exhibition which will remain open for the weekend and will feature the winners of Good Design Awards.

Whilst the Award Ceremony itself is a ticketed event, the Exhibition is completely free and will feature a multitude of the best work in the industry, from automotive design, to architecture, to digital design, so don’t forget to drop in to check it out if you’re down in the Quay the weekend of June 8-11.

Vivid Live is a series of music events that run as a companion to the light shows which showcase a combination of international and local artists, often at the forefront of the industry. Below are just a few of the music events that we’ll be heading along to in 2017.

If you haven’t got a ticket to AIR, you’re missing out. Vivid 2017 marks the first occasion in nine years that the French electronic duo return to Australian shores, bringing their discography of ambient space-rock electronica to the Concert Hall of Sydney’s Opera House. What better venue to host such a unique and incredible sonic experience?

Coming off the back of their retrospective compilation, Twentyears released in June 2016, we can expect a career-spanning set of the best selection from AIR’s back catalogue – we’re hoping for a few cuts from their soundtrack to Sofia Coppola’s The Virgin Suicides.

Tickets for their shows on May 30 & 31 are all sold out, but keep an eye on the Facebook event for any final releases.

This next one is for the real creatives out there.

Over the years since its conception, Freda’s has become a reputable and necessary institution for Sydney’s artists, providing them with a platform to create, present and experience new artistic explorations. Whilst Freda’s normally has a pretty packed schedule outside of Vivid’s festival dates, they’re taking advantage of the four-week period to hammer down, throw a heap of parties, and showcase a lot of Australian artists and record labels.

They’ve got a solid line-up of nights for Vivid, with Vibe Positive’s 3rd Birthday, Midnite Spares with Andràs Fox and Instant Peterson, and the Moonshoe and OTIS Records parties being essentials.

Live On The Golden Stage

We’ve seen films at the Golden Age Cinema & Bar that lives on Commonwealth St in Surry Hills, but we’ve never seen a gig there – that’s going to change very soon. The cinema has been hosting a series of small concerts, Live On The Golden Stage, there for a little while now and we are going to finally make the effort this Vivid to get down to one (or two).

Making a point of presenting “a line-up of Australia’s most progressive musicians,” Live On The Golden Stage brings forth those who are laying the path for the future of Australian music. Familiar names, such as Body Type and Tim Wall from Sydney garage band Royal Headache, join a collection of new and less-heard talent, presenting the perfect opportunity to scope-out some new artists who lie in good company.

Seeing as these events are free, you’re left with no excuse to not check them out – secure your spot here.

Vivid takes place in Sydney, Australia from 26 May – 17 June 2017. You can explore the entire Vivid 2017 catalogue online at vividsydney.com.

(all images sourced from Vivid Sydney, www.vividsydney.com, unless otherwise indicated) 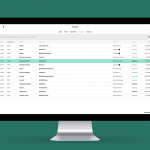 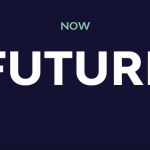 The Future of Digital Project Management