Time to walk the walk.

I’m Andy. If you’ve been following the story of Streamtime over the last couple of years, you may have seen or heard from me in my role as Co-Founder at For The People. Well, this post is to say hello properly – but now with a different hat on. I’m the new Managing Director of Streamtime.

I’ve been a ‘consultant’ for roughly 10 years of my working life. It’s a fantastic way to quickly experience many different industries and many different challenges. I’ve worked with incredibly talented and creative people and achieved great results and accolades. I’ve also been through some of the toughest challenges in my life, especially in the last few years.

But, as anyone who has worked as a consultant or for an agency will know, there’s (nearly) always a little bit missing. That bit where what you create goes out into the world, but doesn’t quite live how you expected. It’s like you give it up for adoption, or in reality, you never really owned it in the first place. You’re no longer in control of the decisions about its direction. This is just the reality of the client-agency relationship. At the end of the day, it’s not yours, it’s theirs – once they’ve paid for it.

Every now and again you wonder if you could take the reins and do it for yourself, follow it through and complete what you started. Stake your money and reputation on the advice that you’ve been giving for all these years. In a sense, I had been doing this semi-successfully in co-founding For The People for the last few years. However, as I said above. There’s only so far you can go when on that side of the fence. Normally, it’s until your client’s budget runs out.

So that leads me to now. After 2 years of working with probably one of my favourite clients of all time I’ve been given the opportunity to truly put my money where my mouth is. At For The People, we designed an award-winning and much loved product. We wanted Streamtime to be a product by creatives for creatives, and something that could truly help creatives manage their work, team and company better. We were frustrated by the hundreds of tools out there that looked like they had been designed by robots for robots with very little attention paid to creativity, fun and delighting users that spend all day everyday trying to be exactly that – creative! As a supplier, I’d never been so deeply embedded in a client’s business. Even when we weren’t formally working on a project, Aaron (who you’d be familiar with as Streamtime’s founder) and I would talk almost daily about the health of the business, the team and the future. The motivation? Winning. How to make Streamtime appear as number 1 on the must have list of creatives everywhere.

Despite the passion and commitment, there’s still only so much you can do from being on the other side of the fence. So after a great deal of deliberating, sleepless nights and to-ing and fro-ing over the pro’s and con’s I made a decision. If Aaron would have me, I’d love the opportunity to finish the job.

I’ve been very lucky. It is extremely rare to audition for a job, get to know the team and business over a 2 year period and then take up the reins. It really has been the perfect storm. A major factor in the decision was, of course, being able to work with Aaron. Speak to anyone who worked at For The People and they’ll tell you that Streamtime and in particular Aaron is the dream client. Smart, visionary, lightning quick and most importantly, extremely trusting. Then there’s the opportunity to build on the vision we had for Streamtime (at For The People) which is only just now starting to become a reality. I’m also excited by the chance to put so much of my learning and advice into action. It’s easy to ask people to “do as I say” but, as a client throughout much of my earlier career, it’s much harder to get people to “do as I do”. For anyone who knows me, you’ll also know my fascination with software. So to be given the chance to run a software company (that is already successful – but could be so much more) is fast becoming a dream come true.

After about a month into the role, I already feel at home. Not surprising really, given the history I described above. Streamtime is great in many ways, but it’s far from perfect. 2018 is going to be a huge year. I’ll follow up with posts about our plans, but here are just some of the things we have planned and a few we’ve already executed.

We have a highly loyal and skilled team. The average tenure at Streamtime is about 6 years. It’s a blessing and a curse. There’s 100% commitment and loyalty to the business, but that can also mean it’s easy to slip into daily routines, business as usual and hard to adapt to new ideas or ways of doing things. Bringing new structure, motivation and autonomy to the team is going to be a big focus. We’ve just implemented individual and company OKRs so everyone can understand what we’re trying to achieve, where they fit and what challenges they can look forward to over the coming year.

Commitment and security (or policies).

The stories of business perks, policies and benefits of working for tech companies are well documented. Some of these are to compete for talent, but they’re also about doing what’s right for the people who have made a commitment to your cause and business. One of the first things we’ve implemented is a parental leave policy. Really, it’s a basic human right, but unfortunately is often overlooked in many small businesses. The reality is, it’s not really ‘leave’. It’s about you being able to work on and develop the most important part of your life – your family. So we’ve started with a policy that reflects that. And we also brought back the baby bonus.

Over the Christmas break, Aaron and I had some long discussions over whether we have a unique, disruptive product. Our conclusion, we have the intent and the beginnings of one, but it has a long way to go. We need to develop the product so that it helps to fix some of the challenges that the creative industry faces. We’ll be doing more research into this and would love to chat with anyone who has a shared interest in making things better.But to start with here’s what’s coming or has already arrived.

You’ll be able to find out more about these things on a brand new website coming next week. Just visit streamtime.net towards the end of the week when we’ll have ‘softly’ launched.

We’re making plans to create a community that’s interested in improving outcomes for anyone who’s working in the creative industry. It will start small but you can expect to hear more in the coming weeks and months. If this mysterious description piques your interest and you’d like to get involved, please get in touch, or keep an eye out for upcoming news.

Leaving the least interesting, but just as important to last, we’re also taking the upcoming data protection laws in Europe very seriously. I won’t explain it any better than Mo has already done with this GDPR preparation article, so I’ll let you read that at your leisure.

Based on just over a month in the role, this is just the tip of the iceberg. There will be MUCH more to come, and we’re all pumped about this year. Ultimately, growth will set us free and allow us to achieve these and many more dreams and ambitions. If you’d like to chat about what’s going on please get in touch by email, twitter, Linkedin or just keep an eye out for new developments, check out our product roadmap or the Streamtime blog. 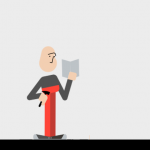 GDPR – What Streamtime are doing to prepare 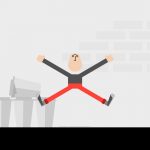 The best things in life are free – like Streamtime 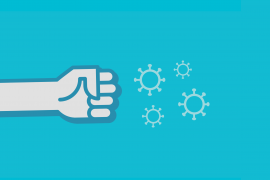 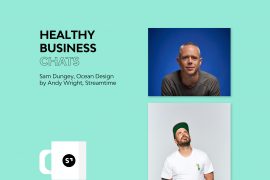 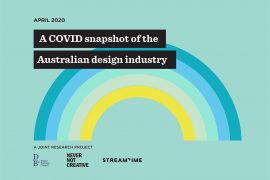