Many years ago when InDesign was introduced, I got really excited. What the rep had explained was a skeleton app. Immediately I thought about the lost potential of HyperCard ( a result of hypertalk) which although a horrible app did point in the right direction.

Unfortunately InDesign has still not delivered on the “skeleton” as promised.

“Douglas Adams had it right, even back in 1998 when he penned this. Death of the application. Yes.”

Douglas Adams had it right, even back in 1998 when he penned this. Death of the application. Yes. If you think about all the tools out there now which can mimic, clone and generate from existing IP. I think finally we might have emerged into the age of the tool. Hooray!

I like the age of the tool, I have a tool box, I put tools in. I combine them to assist me in my tasks. Tools that try to do too much are usually weak and pathetic.
The best tools are the ones that work. The ones I have easy access to. The biggest issue I have is knowing I need a specific tool (or even that I already have it but did not know it!) and having the “pack” of tools in the right place at the right time.

“That is now the job of someone, create a kick arse toolkit.”

That is now the job of someone, create a kick arse toolkit, yes there are toolkits out there, but… not ones that go beyond a certain task. I need the Sam life toolkit. 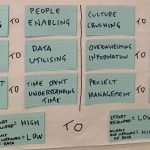 It’s a matter of time 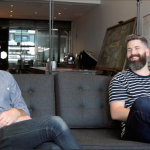 Sons & Co. on keeping it simple