In this blog on productivity, to-do lists and Streamtime, guest blogger Mat Groom takes a quick look at the history of to-do lists – and why they’re still loved today.

To-do lists are incredibly popular, particularly amongst the productivity-obsessed set. And they’re popular with us too – because we’ve used them to (finally!) retire timesheets from our studio management software.

But why, after thousands of years, do people still love to-do lists so much? Why are we so productivity obsessed? And how can to-do lists replace timesheets?

To explore these topics, we’re going to start by heading back in time…

To do: fly a kite in a thunderstorm.

Benjamin Franklin was many things: a printmaker, a political theorist, a scientist, an inventor, a diplomat, and, oh yeah, one of the Founding Fathers of the United States of America. That’s a whole lot to get done in a lifetime.

So how did someone crazy enough to fly an iron rod up into the sky on a kite in a raging thunderstorm stay organised enough to help birth a nation? You guessed it: a to-do list.

He not only wrote up a list of tasks to achieve for each day, he also matched each one to what he called ‘virtues‘: life goals or ideal ways of living (like ‘order’ or ‘frugality’) that could be worked towards with each action.

The commitment and philosophical approach that Franklin brought to his to-do lists might sound extreme at first blush, but it actually lines up perfectly with novelist and philosopher Umberto Eco’s belief that “the list is the origin of culture.”

In an interview with German news magazine Der Spiegel, Eco said: “[The list] is part of the history of art and literature. What does culture want? To make infinity comprehensible. It also wants to create order — not always, but often. And how, as a human being, does one face infinity? How does one attempt to grasp the incomprehensible? Through lists, through catalogs, through collections in museums and through encyclopedias and dictionaries.”

So, just like Benjamin Franklin, we all try to make infinity comprehensible through lists. But why…?

Planning on the brain.

Have you ever felt an intrusive nagging in the back of your head, periodically urging you to remember to complete unfinished tasks and get working on unmet goals? Psychologists call this ‘the Zeigarnik effect’ – and it’s the same function of your brain that plays a song over and over in your head to try and ‘complete’ it after you hear only a small fragment of it.

You might think, like many psychologists used to, that experiencing the Zeigarnik effect meant your unconscious was attempting to work through problems itself, and you’re getting flashes of this process. But the truth is much more interesting.

Here, then, we see why to-do lists have remained so popular – they provide us relief from the Zeigarnik effect, and free our unconscious to consider other things. As productivity expert David Allen says, to-do lists allow us to “use [our] mind to think about things, rather than think of them. You want to be adding value as you think about projects and people, not simply reminding yourself they exist.”

Now that we’ve talked about why to-do lists are so popular, we’ll go a level deeper – and find out why we get so much joy out of productivity. Jump to Why we love feeling productive or explore our comprehensive guide to productive lists

Mat Groom is Storyteller at For The People Agency. 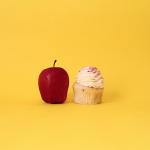 The first winner of our #timesheetssuck competition is…

The second winner of our #timesheetssuck competition is… 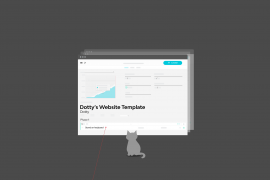 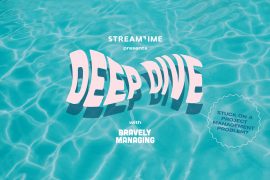 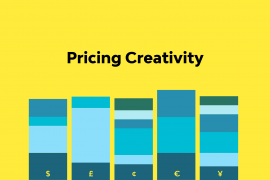