Last year we brought you the music that inspired us, this year it’s the films we loved. Without further ado, here are the movies Team Streamtime enjoyed in 2014.

Mark
“We saw The Amazing Spiderman 2 back in April and it was amazing! We treated the kids to our own personal VIP trip which meant we had our own personal ‘box’ with drinks service, our own personal volume and surround sound experience and no-one was able to see inside! We had the best time. As for the movie – awesome apart from a very sad ending which leaves the franchise wide open for lots of sequels. Cant wait!”

Kye
“Special mention must go to The Grand Budapest Hotel and Boyhood, both excellent films, but the stand out movie of the year for me was John Michael McDonagh‘s Calvary. McDonagh tells the story of an embattled Priest, asked to pay for the sins of others with so much heart, and Brendan Gleeson‘s performance is sublime. This movie stayed with me for weeks.”

Cam
“This year, mainly due to a small and needy but rather cute little bundle of joy I only saw a handful of movies at the cinema, and only one with my wife and that was just last week! We went to see Interstellar while my parents baby sat our little girl. I enjoyed the movie more for the fact that my wife and I were able to get out of the house rather than for it being a great movie, but none the less it was pretty good. Matthew McConaughey‘s performance was great, and I enjoyed the movie for its concepts of worm holes, black holes and space time travel.”

Nate
“My choice is A Most Wanted Man. The plot keeps you guessing as it unveils unexpected twists. It’s not your run of the mill political thriller movie. It’s a pity that Phillip Seymour Hoffman won’t be able to delight us with any more of his great performances.”

Kevin
“Dawn of the Planet of the Apes – I am a fan of science / tech stuff, and a film with genetically modified super apes, how cool is that? The most charming thing that caught my eye were not only the ape’s super powers and human-like thoughts but also the bonds between them. Caesar amazed me with his leadership and commitment to his family through all the difficulties. Last but not least, I want to live in these super apes’ gorgeous mountain nests!”

Susan
“Guardians of the Galaxy, I know it’s another Marvel Comic Super Hero film, but it was really funny. A fun ride with loveable characters and an amazing soundtrack. I’d say it was right up there with The Avengers movie Joss Whedon directed, which is a huge compliment since Mr Whedon is on my worship list. Special mention to the hotness of Chris Pratt. Bravo for the topless scene with the wet orange shower. Yummy scrummy. Can’t wait for Guardians of the Galaxy 2 and 3.”

Danielle
“The director of two of my favourite ever films—Boy and Eagle Vs Shark—brought out a new film this year called What We Do In The Shadows. Taika Waititi, alongside Jemaine Clement of Flight of the Conchords, wrote, directed and starred in this hilarious mockumentary following a group of vampires living in a share house in Wellington, New Zealand. After an influx of vampire films since 2008’s Twilight, this is a refreshing angle to take and is, in my eyes, one of the more believable vampire films due to the mockumentary style in which it is shot and the awkward reality of Waititi’s work. Never short on laughs, it’s well worth your attention, funniest movie of the year for me.”

Pius
“My favourite movie for the year was Bad Neighbours. This movie caught me by surprise, it is just hilarious. It’s packed with jokes and best of all, it has Rose Byrne talking in her natural aussie accent.”

Derek
“I haven’t been to the movies this year but I did watch The Intouchables on blue ray a few months ago. It is based on the true events of Philppe Pozzo di Borgo played by Francois Cluzet and his French Algerian caregiver Abdel Sellou.  They changed his name in the film to Driss played by Omar Sy.

The story follows Driss & Phillipe and how two people from very different paths can build a honest relationship and help each other out in life. Phillipe likes the way Driss doesn’t take pity on him and tries to add a bit of fun back into his life after his accident and death of his wife. Driss has someone who trusts him despite his criminal past and they build a close relationship and Phillippe helps Driss discover other interests that he would never have done in his past life. It is well written and has plenty of humour and is a feel good movie. It is good to see how two people from completely different walks of life and have a big impact on each others life and to this date they still keep in contact with each other.”

Jason
“My favourite movie of 2014 was Her a film written, directed, and produced by Spike Jonze. The film is set around Theodore (Joaquin Phoenix), a man who develops a relationship with Samantha (Scarlett Johansson), his operating system. Yes, it’s a film for nerds, but more than that it’s a film for romantics… set in a not-too-far fetched future where technology has become a low-risk substitute for human connection, people have ACTUALLY fallen in love with technology! The future is a mixture of utopian technological perfection and dystopic isolation, where hipsters wear high waisted pants and dress in pastel.

To me, it raised really interesting questions about what a relationship fundamentally is, and whether it’s possible that artificial intelligence could ever become a substitute for our basic human needs, and the double edged nature of technology. Ironically, having this cathartic “relationship” with his operating system, Theodore finds himself more in touch with himself, the people around him and the real world. The best bit for me was when a hyper-intelligent OS version of Alan Watts, my favourite philosopher, is introduced.”

Phillip
“Technically this came out a week or so before the start of 2014. But for me, it was the most memorable film of the year. 2014 wasn’t a good year for amazing films really, there were a few good ones, but slim pickings – some of the best reviewed ones I haven’t managed to see yet. The Wolf of Wall Street is my choice, not for how good it was, but for the way it stood out. It was Christmas time. We were in the holiday mood and a movie seemed like a great idea on a rainy day. My father in law was keen to join us, and because he had been involved with the Stock Market for most of his career, visiting Wall Street several times, the movie title was a natural choice.

We should have read the reviews. We should have noticed the rating. Instead, my wife and I sat painfully through each graphic sex and drug scene wondering whether we should walk out – and wondering what my father in law may think of that. I found the movie despicable. It glorified greed and excess and never showed the true victims the main character had deceived, robbed from and financially destroyed. It even ended in a way that showed he really got away with it all. No lessons there. Just crass bias. The only funny scene was Leonardo DiCaprio trying to walk to the car and drive home after taking too many mind altering substances. For some reason my wife found this hilarious.  Here’s to another Christmas break, more movies and more careful selection.”

Josh
“My choice is Nightcrawler – a gut-wrenching tale of our hero’s descent into the darkness of underground crime journalism. Jake Gyllenhaal is perfectly cast for the role, with his intense focus and wily smile. It had me on the edge of my seat through the twists and turns and grimacing at some of the imagery surrounding his work. Believable delivery by Gyllenhaal only made better by his partnership with Rene Russo‘s character. Together, they weave the story that might have happened in our backyards. History is written by the survivors.”

Some great choices there, but if this were a competition there’d be only one winner. The stand out film of the year for Team Streamtime is…

Miel
“My favourite movie this year was, without a doubt – The Grand Budapest Hotel. Ralph Fiennes’ performance playing Monsieur Gustave was magnificent. And as always, Wes Anderson managed to create a story that is just genius and incredibly funny. So many fun little references to locations and other stories. Anderson brings together the most amazing cast, as most of them have either won an Oscar or have been nominated for one. In the end, all I needed to know is that Bill Murray was in it. Say no more.”

David
“I loved The Grand Budapest Hotel. Wes Anderson excelled himself in a beautiful, funny, moving and crazy film about passion, friendship and loyalty.  A brilliant cast led by Ralph Fiennes, this was a sumptuous visual feast prepared by a master filmmaker at the top of his game.”

Neil
“The Grand Budapest Hotel – This brilliant and enchanting film has the Wes Anderson meter cranked up to the max and makes this movie a celebration of everything the filmmaker stands for.”

Adam
“The film of the year for me has to be The Grand Budapest Hotel. I love anything Wes Anderson does and this one certainly didn’t disappoint. His trademark quirky storyline, cast selection, set design and production values were out in full force. It’s a little darker and more cartoonesque in places than other offerings and this added to its richness and enjoyment for me. The casting of Ralph Fiennes in the main role was a stroke of genius too. I had my doubts but Fiennes is excellent. Can’t recommend highly enough.”

Michael
“I’m going to go with The Grand Budapest Hotel. It’s been a quiet year for me in regards to movies but this one was one that we had to see. Wes Anderson and Bill Murray…say no more. As expected, it delivered in quirkiness with the crazy storyline that in any other situation would have you walking out of the cinema turned into such an enjoyable movie by the awesome set and amazing performances by the big name cast. Explaining a movie by Wes Anderson in words is difficult, the best thing to do is simply watch it, try not to make sense of it and enjoy it for what it is. Society of the crossed keys to the rescue.”

Ryan
There have been some pretty bad movies I think think year, but some have stood out. Anchorman 2 was hilarious and Guardians of the Galaxy was surprisingly good. Transcendence was very strange but I could never decide if I liked it or not. My movie choice though is The Grand Budapest Hotel. Very clever movie and seemed like it finished very quickly which is a good sign.”

Kat
“I’m gonna go with The Grand Budapest Hotel. I’m a sucker for Wes Anderson films, and it was exactly what I expected: a beautiful story, told beautifully. It had all the joy, sadness, humour – so brilliantly understated and perfectly executed. Too cool, Wes, too cool.”

Thanks for reading and have a great Christmas. 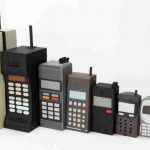