Rule #6: Tap Into The Right Cultures

This is counter to a lot of the typical things we hear about. How as designers it is up to us to invent the future. But it’s something we wholeheartedly agree with.

When it comes to creating a great product and brand, we stand with Brian when he says that instead designers “sense where the world is going, what it needs, and install that future for the rest of us.”

We think of it as moving at the speed of culture. And if you hadn’t noticed, the world moves at a pretty fast pace these days. To have relevance and longevity, you need to move with it.

Stay relevant. Stay ahead of the curve

As Marty Cagan, the Silicon Valley product guru wisely says “Skate to where the puck is going, not where it’s been.”

So what does that mean for Streamtime? Well for instance we know that attitudes to work are changing. Studies have shown that four day working weeks are more productive. In fact, it was recently reported that Melbourne agency Deepend recorded a 46 per cent growth in revenue since implementing the agency’s flexible four day week in July 2018.

So we’re reflecting these changes in our product. If you don’t work work Thursdays, we won’t show you Thursday on your calendar. If you only work a half day on Tuesday then great, we won’t ask you to log 7.5 hours.

Another cultural shift in the creative industries is in the revenue model of agencies. We know that the traditional time based model is unfit for sustaining agency revenue in the future. So we’re currently looking at how we can bring a value based revenue model into the product, or how the idea of creative capital might look through the Streamtime lens.

And at a more micro level, as designers we need to proactive when providing value to our users, instead of waiting for them to go out of their way to get value from us.

Making sure we think about our own culture too

To achieve all this we need to create and foster a strong culture ourselves within our business. A culture of experimentation, of open minds, of empowerment, of diverse skill sets that allow us to constantly iterate and improve our product. So we can give Streamtime more value and more competitive advantage at each release.

At Streamtime we’ve found that our best work comes from having what Marty calls ‘a culture of collaboration and of urgency’:

As designers we work side by side our engineering team. Our developers aren’t just called on at the end of the process when we need something coded. They are on the journey, collaborating with us at every step of the way. This means we have a diverse set of skills and thinking to tackle our users problems. And we believe good ideas can come from anywhere, not just the creative team.

Everyone is empowered to voice those ideas. That’s at odds with the thinking in a lot of traditional agencies and studios.

And the culture of urgency means we self impose a deadline. Just because we work in house doesn’t mean we can take it easy. So we ship every two weeks. This means we realise the value that we have designed, and are able to measure it.

The knock on effect: Influencing our customers culture too

We intentionally have designed Streamtime to provide transparency in the business. Anyone can see what anyone else is working on. I’ve worked in agencies where this doesn’t happen. No one is ever sure what the other team are up to. Whether that is intentional or not it creates paranoia and distrust between those doing the work, and those higher up running the business. At Streamtime we’re totally against this.

We also want to make sure that our users are autonomous. We want them to be able to plan out their own schedules and take responsibility for their productiveness. This makes them feel empowered and drives their motivation.

I think there’s nothing worse that working in an agency where you are treated as a mere resource. A line on a spreadsheet, where you walk in on Monday morning and your week has been planned out in 2 hour chunks and there’s no budging anything. We totally stand against this.

That’s why we’ve designed scheduling in Streamtime to be fluid, allowing for quick changes and never acting as more than a guide for what might really happen on the day. By design, we’re enhancing team autonomy and encouraging horizontal structures in the workplace.

And as we’ve said before, all this means our users are more likely to use the system. The result is better data and more accountability. So business owners and agency heads can see where bottlenecks are, or where previous projects have overrun so they can avoid burning out their staff.

This results in a team that cares more about their work, and a more honest, rewarding workplace.

Putting it all together

So if you want to create a relevant product, loved and used by many you need to tap into the right cultures.

And by moving at the speed of culture, whilst also creating your own internal culture of innovation, you’ll be able to drive the culture of your customers for the better.

We’re sharing our Product Design Playbook. 10 rules we follow when we design. Head here to read other posts from the series. 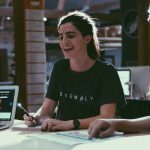 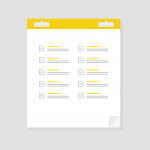