It’s a big year for football with the 2014 World Cup just around the corner. As the world’s most popular sport, advertisers know this is a marketing opportunity not to be missed.

Although not an official sponsor of the World Cup, Nike always have a presence when it comes to big sporting events, particularly those that are football related. At last count, they sponsor 90 football clubs, 28 national teams and 11 football associations, so it’s no surprise they want to be part of the action.

Over the years, they’ve produced some outstanding work with their agency Wieden + Kennedy. This week saw the release of their ‘Risk Everything’ campaign. Directed by Jonathan Glazer, the ad illustrates the current pressure on footballers Cristiano Ronaldo, Neymar Jr and Wayne Rooney to perform.

While this ad is beautifully executed, it is by no means my favourite Nike/Wieden + Kennedy offering. The ‘Write the Future’ campaign for the 2010 World Cup has that honour. A slick, 3 minute ad showing football stars Cannavaro, Drogba, Fabregas, Ribéry, Ronaldinho, Ronaldo and Rooney, alongside tennis champion Roger Federer, basketball star Kobe Bryant and Homer Simpson. This campaign was not only very successful for Nike, it earned Wieden + Kennedy (Amsterdam), the Film Grand Prix at the 2011 Cannes Lions festival.

An honourable mention must also go to the ‘Olé‘ campaign that was run in conjunction with Euro 2004. The ad featured the host nation Portugal taking on footballing giants Brazil in a showboating contest. It also featured big name football stars of the day, including a cameo by Eric Cantona and had a very catchy soundtrack in the form of Perry Como’s ‘Papa Loves Mambo’.

Nike and Wieden + Kennedy produce some great work together. I’m already looking forward to what Euro 2016 will bring. 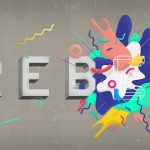 How creativity can change the world

Do you remember the first time? To see or not to see: how transparent should your business be?