Mike Tosetto is a man of craft and imagination. He breathes life into static objects through motion and sound, providing them with character and therefore a developed and considered identity.

We recently attended The Design Conference in Brisbane, where Tosetto was a guest speaker, and sat down with Mike to talk about his practice and Never Sit Still: the Sydney-based motion design studio which he founded in 2016.

The conversation below contains strong messages from a man with incredible energy, who is both passionate about, and excited by motion design. Having recently been involved in a number of impressive projects (Vivid Sydney, Adobe MAKE IT, TEDx), we can’t wait to see what’s around the corner for Mike and Never Sit Still.

What are the cornerstones of design that you take forward when approaching a new project?

Because we work predominantly with branding, our motion decisions are based on what that brand is trying to communicate to the world. So we’re always trying to translate core brand concepts into motion ideas, linking back to the brand strategy so there’s meaning behind our motion.

Last year you started Never Sit Still, a motion design studio with a philosophy that is accurately reflected in the name. Where does your constant tap of motivation come from?

We try and take on work that the studio wants to work on. Work that gets us motivated and excited. And keeps us interested and inspired to learn new skills. That’s what Never Sit Still is all about – it’s about a constant progression of craft and knowledge.

The studio ethos is exciting and inspiring. Where does time, as a limited resource, come into play with such a strong work ethic?

There are definitely not enough hours in the day, which means that we generally work pretty hard. We try to keep a healthy balance, but that’s project dependent of course. For example, we just finished working on the Opera House Sails for Vivid with Luxx, and when you’re working on such a huge, high-profile project, you really want to make sure that it’s something special. A project like that has got to be something you’re proud of, so you will go the extra mile. We don’t just work late just for the sake of it, we work late when we need to, and when it’s important. We do wish that there were more hours in the day, and we try and give as much as we can to every single project, although time always seems to be against us.

Prior to starting Never Sit Still you were working under your own name. How did Never Sit Still kick off? Why did you want to shift from working at a big agency like Interbrand to founding a small agency?

Working at Interbrand was amazing. I worked with a really talented team of creative directors, designers, writers and strategists. I spent four years there, and then I started to feel that there was a gap with what I do with motion design for brand, so I thought it might be worth going out and trying my own thing. I went out as a freelancer and I didn’t know whether I’d be going into studios, or working remotely. To be honest, I didn’t know whether I’d be looking for a new job within six months. Within about a year I’d hired a staff member, Alex Barnet, but I felt I was still being viewed as a freelancer even though we felt like more of a studio. At that point, I decided to speak to a good friend, Chris Doyle, about a rebrand. And that was where Never Sit Still came into play.

We understand that you get a ton of people coming to you with work, but you can’t say ‘Yes’ to everything. What excites you most about a new project and leads you to pick one to work on over another?

We are in that really fortunate position where we get offered way more work than we can take on. If a job comes in and it’s a great payer, that’s obviously a motivator, because the studio needs to make money. Then there are projects such as the Opera House Sails for Vivid, or the titles for the Adobe MAKE IT conference, or the TEDx titles, where you get to do truly creative work that lots of people will see. We look for a healthy balance between these types of jobs.

What has been the most gratifying project you’ve worked on throughout your career? Why?

I would have to say the titles for the 2016 Adobe MAKE IT conference. Adobe had seen some work I’d been doing for AGDA and they approached me about doing the titles for their MAKE IT conference in Sydney. I’d been given an opportunity by Adobe, and I was a big fan of Luxx’ work, so I threw it out to Tim Clapham from Luxx and asked if he’d like to collaborate. We worked together and made a piece of work we’re really proud of. We both really enjoyed the process and now we’ve formed an alliance which has allowed us to take on bigger and better projects. This year we’re not only working on the MAKE IT titles for 2017, but we’ve done all the branding as well.

We came across your process blog for a project you worked on for the launch of Adobe Creative Cloud in China – a 20-second animation adapted from a detailed illustration of a dragon. Throughout the piece, you identified a number of challenges in the animation process but persevered to find solutions. How do you confront such challenges to the design process? Is there always a solution?

What was so technically challenging about that dragon animation was that we were given a highly-detailed illustration with thousands of vector parts. The dragon illustration was curved, so we had to work out a way to straighten this dragon, so we could then animate it and make it fly around the screen. When we start projects like this, we don’t know how we’re going to solve all the creative challenges, and it can get quite daunting when you’re up against a deadline. We rarely have the solutions when we start, we just try and persevere until we find them. That can be frustrating, but it’s extremely rewarding when you do get those little wins, and they should be celebrated. For us, that’s usually with hi-fives in the studio.

Any advice for young creatives?

Work hard. Practice, practice and keep practicing. Be creative, and innovative. Try and do work that’s original. Don’t just follow tutorials and tweak them to make them your own. Don’t copy trends just because you’ve seen a style that you like and want to do something similar. Try and make something that’s backed up with an idea of your own. Put the hours in, show enthusiasm and be hungry to learn and grow. That’s how you’ll stand out and create interesting work.

Mike Tosetto is the Director at Never Sit Still and the current Chair of AGDA NSW.

The Future of Digital Project Management 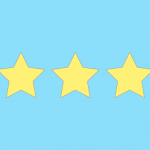 Streamtime Reviews, Read what the critics are saying.