As we have a growing number of users in the Netherlands, we are getting to know their whole creative scene better each day. One of the great things they have is the BNO. It’s the federation for professional designers in the Netherlands. It’s an organization that is deeply involved in all design aspects. Graphic, web, digital, architectural, product, fashion, packaging, urban,… you name it they will have their expertise in the field to assist where they can. Every region in the Netherlands has it’s local organization that is involved with the community by organizing events, workshops and inspirational talks.

Last night we visited the BNO Utrecht talk in Tivoli (picture above). Tivoli has a long tradition in hosting coming music acts before they hit the charts. Pearl Jam, Red Hot Chili Peppers, Soundgarden and more recently Franz Ferdinand, Arctic Monkeys and Gotye. Needless to say, the venue has a creative vibe going. The evening would give us 3 speakers:

HIK is a design agency who specializes in urban design. They started out from a passion towards urban design and the impact it has on a community. Klaas talked about how he started HIK and one of their first but most rewarding projects: the rethinking of the area around the train station Overvecht Central. They redesigned the whole area to be a place where people wanted to stay, work and meet with others. What started as a local project ended up gaining international attention. Not just because they managed to involve the whole community in the project but because of the Transfer Accelerator. It’s actually a slide to let people get to the platform faster when in a hurry as shown in this video (in Dutch)

Gert Franke is one of the founders of Clever°Franke. They specialize in visualizing very complex and large amounts of data. He talked about a pet project of theirs: the annual weather chart. Since 2010, they started this project as a personal test on how far they could take their mix of design and data complexity. Thanks to their growing knowledge of complex data and visualization, they were approached by Google to create a better tool for their Consumer Barometer. The result is an impressive piece of design and programming:

To end the evening, Jeroen got on stage and gave us a nice overview of the journey his creative brain has taken. Jeroen was one of the pioneers of the  street art scene in Eindhoven, the city of Philips. Since he started he has moved from an overall designer to an illustrator to graffiti artist and conceptual artist. During his career he lost interest in the whole design and drawing craft, called his clients one day to tell them he was taking a break. During that time, he started various small street art projects as a way to find his groove again. During that time he started to combine all his skills into all his design work. One of his latest ventures is a wall painting project for the Creative Center Osaka where he was asked to fly over to Japan and work with 35 local artist to create a large wall painting. Not an easy task when there is a certain language barrier; according to Jeroen he felt like he was talking to Google translate more then to the local people. More on the project. (Japanese) 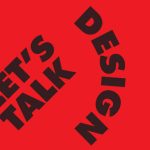 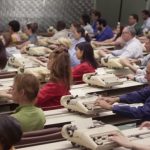 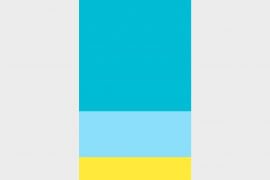